Top
With only minutes to spare, I finished all five felt Christmas stockings. They turned out to be a lot more time consuming than I had planned, but they also turned out super cute, and one of a kind as only the holly stocking was a pattern.
I think my favorite is definitely my sister’s x-ray Santa stocking. Every year my dad puts up stockings for the three of us. I have a University of Florida stocking and my other sister has a Florida State one, but my sister’s x-ray school doesn’t sell stockings. I didn’t want her to feel left out, so I made her an x-ray stocking of her very own. Let me tell you though, those little ribs were a nightmare to cut out of felt. But, they turned out pretty good. 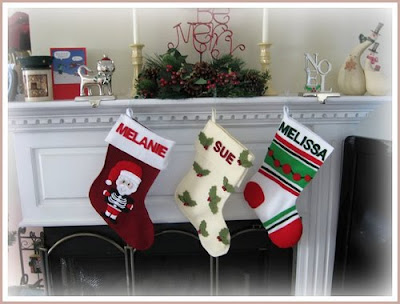 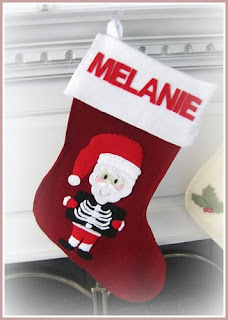 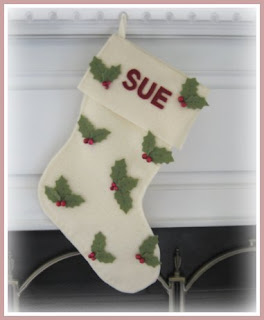 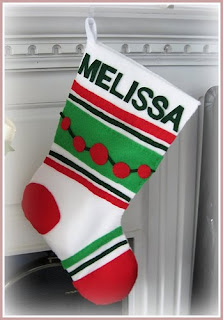 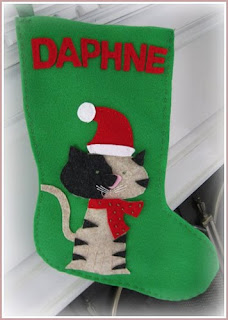 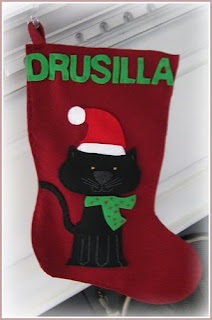 Daphne’s and Drusilla’s stockings didn’t make it into the mantle picture because I was still working on them when I took it. But, they eventually got finished just in time for Santa to stuff them full of Party Mix and kitty toys. The favorite toy had to be Daphne’s catnip cigar. She walks around the house with it in her mouth and looks like she’s smoking a cigar. She’s crazy!

Previous Post: « “Out with the old in with the new” Destash-Along
Next Post: Daphne and her toothy(less) grin »