Top
North Carolina has been taken over by pollen, and boy is it nasty stuff. Look at what it has done to my newly pained deck. 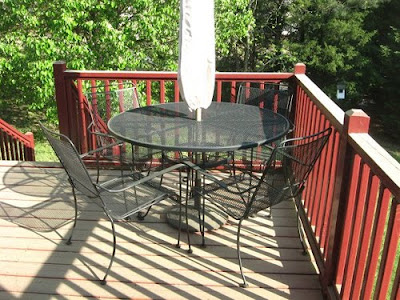 It looks like its been painted white, or actually light yellow.

Not only is it causing a headache for my deck, but also for me since my allergies are just terrible. And, both girls are having issues with their eyes, which I think is 100% due to this pollen. The good news is it is supposed to rain over the weekend. Hopefully that will get rid of this nasty stuff.
In the meantime, I thought the girls might like to bat around some “pollen”, so I made them a few pollen pom poms. 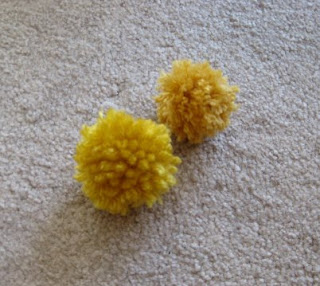 I gave Drusilla the smaller one since she loves to carry small toys around in her mouth. I’m not sure she’ll do that with this toy since it is yarn, but she might in a few days. She did play with it for a long time, though.
She first sat on it like an egg. 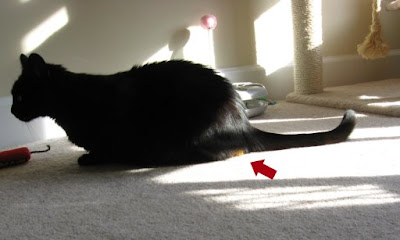 Then flipped it out, did a somersault, and sat next to it. 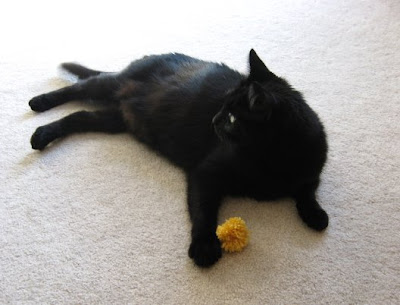 That is how she plays with all of her small toys. What a kooky kitty!
Daphne hasn’t touched her pollen pom pom. She is still content with her dynamite toy. 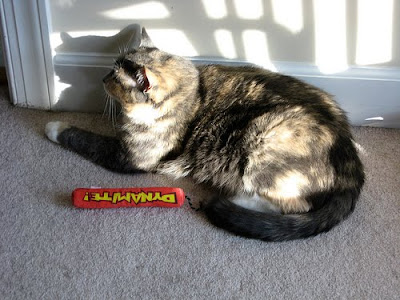 For this destash-along project I used 100% of my yellow and gold yarn stash.