Spoiler Alert! If you have not had a chance to see the movie yet and would like to be surprised don’t read my post. I am bound to divulge some very important info about the movie. 🙂
. . . . . . . 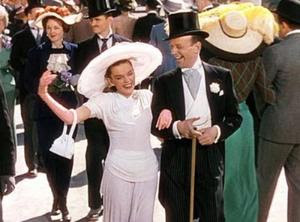 The premise is a little like My Fair Lady. When the main character, Don, played by Fred Astaire, loses his longtime dancing partner he vows he can turn anyone into his new dancing partner. So, he chooses the first woman he meets, Hannah, a dancer in a bar played by Judy Garland. 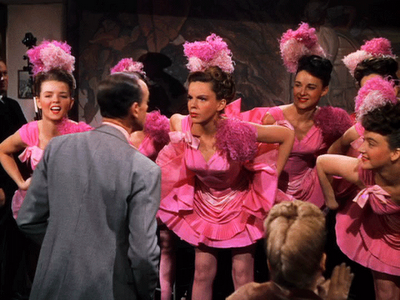 They become a hugely successful act and are asked to join the Ziegfeld Follies with Don’s ex partner, Nadine, played by Ann Miller. But Don doesn’t want to be in the same show as his ex partner so he turns it down. Thinking Don’s reason is because he is still in love with his ex-partner, Hannah turns to Don’s friend, Jonathan for “support”.

It was interesting to read that Fred Astaire came out of retirement just to star alongside Judy Garland in Easter Parade. But it is a shame that Judy Garland was going through so much personally while filming the movie. I couldn’t tell one bit. 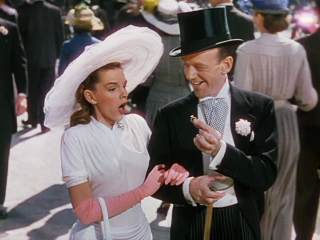 Loved her hot pink gloves with the white dress! 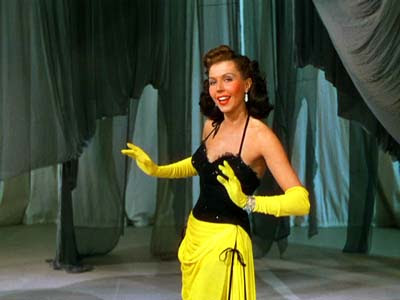 Overall, I liked Easter Parade. I thought the songs were catchy, though none really stuck with me, and the costumes were really grand, especially the dresses and Easter hats. 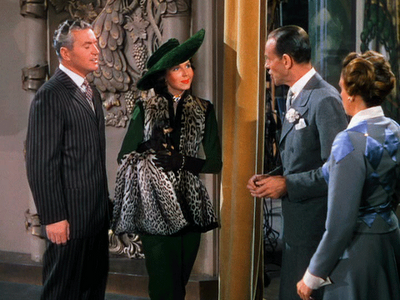 I’ll give it a B-, pretty much because it was a musical and I am partial to old musicals. I think they are some of the greatest movies ever made. I actually could have done Classic Movie Monday on only musicals. 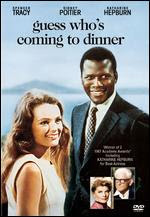