Top
Do you remember where you were the first time you saw MTV? How about the first video you saw?
My family didn’t have MTV when it first aired on August 1, 1981, though I can’t remember exactly when we finally got it. I think it was probably a couple of years later, since my first recollection of MTV was seeing The Go Go’s driving around town in their pink convertible singing, Our Lips Are Sealed.
I seriously thought that was the coolest thing I had ever seen. Little did I know, I was only months away from experiencing Madonna, Duran Duran, and Michael Jackson.

I really miss MTV as it was in the ’80s! Now, it is full of reality shows, people named Snookie, and whack videos, when they actually play videos.

So, in honor of the one station that truly defined my childhood, I made myself an ’80s MTV logo keychain. 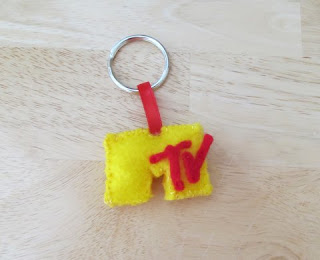 I Want My MTV!

Now when I’m driving around town my little keychain will help me channel my inner Belinda Carlisle. I just wish I had a pink convertible!