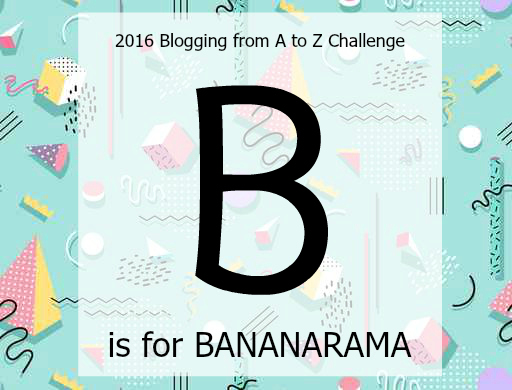 Bananarama was formed in London in 1979 by Siobhan Fahey and childhood friends Sara Dallin and Keren Woodward. Their first US hit, “Cruel Summer”, hit number 9 on the US Billboard Hot 100 chart in 1984. But it was their third album, True Confessions that gave them their only US number 1 hit.
“Venus” was a remake of the Shocking Blue hit and catapulted to the top of the US Billboard Top 100 chart. It hit number one the week of September 6, 1986.
Even thought “Venus” was their biggest hit off of True Confessions, my favorite song was and still is, “Trick of the Night“. Such a great song! It was played constantly in my house and on my Walkman throughout the mid-80s. I actually bought two tapes, one for my Walkman to take to the beach and one for my stereo. I must have taken it on my family trip to LA too, because I found a caricature of me from that trip. Look at what I’m “thinking about.” 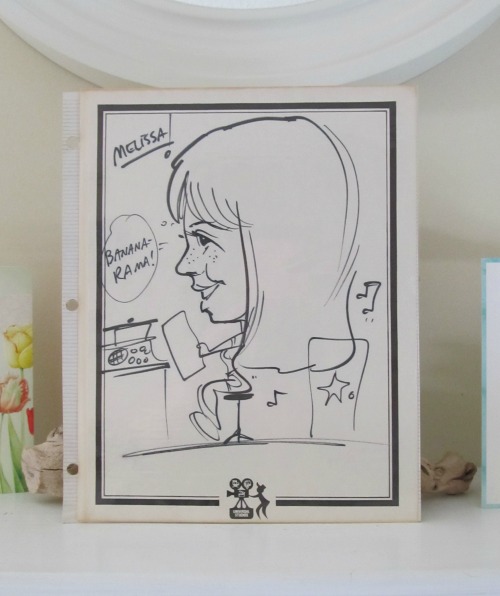 They had one more successful album, Wow, which was released in 1987, but Siobhan Fahey left the group shortly after the release. She went on to form Shakespeares Sister, which had an awesome (and a little spooky) song, “Stay“. I love it! Sara Dallin and Keren Woodward still perform as Bananarama.
A few fun facts about Bananarama: Siobhan Fahey was married to Dave Stewart of The Eurythmics and Keren Woodward has been in a long-term relationship since 1986 with Andrew Ridgeley of Wham! That is so crazy awesome!

*Updated* I was too busy fooling with my crazy internet that I forgot to include some craft patterns. There are a lot of banana-related patterns floating around the web. Some of my favorites are these  crocheted bananas by ice pandora, felt banana by Ohayo Okasan, and this adorable crocheted banana scarf by Pops de Milk.

There won’t be a new post tomorrow, but check back on Monday for the letter “C”.