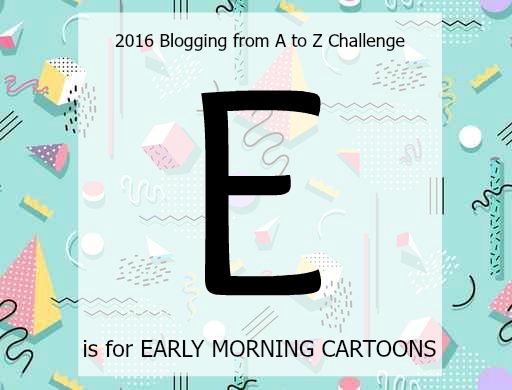 Children in the US in the ’80s had something special to look forward to on Saturdays, early morning cartoons. The cartoons started at 8:00 and actually ran until noon. My family always had something going on in the afternoon, so we usually never watched the entire 4 hours. Plus, the really good cartoons were on early.


Gosh, I miss those days! Eating my Cookie Crisp cereal and watching Scooby Doo and the Smurfs. What a great time!

There were so many awesome cartoons in the ’80s. I have to admit, I had to look up all of the cartoons that were shown in the ’80s on Saturday mornings. I just couldn’t remember them all. The website, In the 80s has an awesome graphic of all of the cartoons, which station they were on, and their time slot. It is amazing that someone still had the TV Guides to log all of these. I am very thankful for this little slice of ’80s nostalgia.

Reading over the list it occurred to me that I was usually watching NBC and ABC cartoons, until the mid-80s. CBS then picked up Shirt Tales and Get Along Gang, two of my favorite cartoons.


I also completely forgot that so many real live shows were cartoons. In the early ’80s Laverne and Shirley, Mork and Mindy, and the Fonz were all made into cartoons. And in the late ’80s Mr. T and John Candy with Camp Candy had their own cartoons. I don’t remember watching any of those. Did you?

I fondly remember spending my Saturday mornings with the Smurfs, Snorks, Gummi Bears (I always loved their theme song), Scooby Doo, Pound Puppies, Shirt Tales, Get Along Gang, and Fraggle Rock, though they were Muppets, I think.


Did you have a favorite Saturday morning cartoon?

There aren’t as many ’80s cartoon crafts as I had thought there would be. That might have to change with this year’s Crafting Through the ’80s craft-a-long. For a small fee you can purchase a really cute Scooby Doo cross stitch pattern by weelittlestitches. Or for free, crochet a Smurfette doll thanks to My Crocheted World or a craft a Fraggle pattern by friendship-bracelets.net.