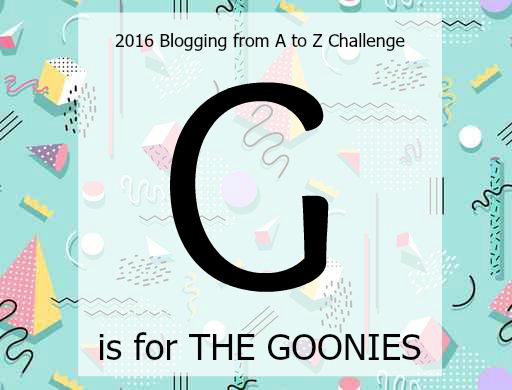 Two in a row for ’80s movies! I wouldn’t have done that, but Ferris and now The Goonies were two movies that I absolutely loved in the ’80s.


The Goonies are a bunch of kids from the Goon Docks in Astoria, Oregon. A developer is turning their homes into a golf course, so after they find One-Eyed Willy’s pirate treasure map in Mikey Walsh’s attic they decide to go on one more “Goonie” adventure. Along the way they have to dodge the Fratellis, a family of criminals who want to steal the treasure first.

This is a classic ’80s movie that has developed quite a cult following. It also has some pretty successful actors and actresses that star in the film. Mikey Walsh is played by Sean Astin (Lord of the Rings), Brand Walsh by Josh Brolin (No Country for Old Men), Corey Feldman (The Lost Boys),  and Martha Plimpton (Raising Hope).

I watched an interview with Josh Brolin on Conan O’Brien where he said that the sets and all of the props were real. They didn’t use any green screens for anything. The director, Richard Donner, said he wanted to capture all of the kids actual reactions to seeing One-Eyed Willy’s pirate ship for the first time. So, he made them all enter the set backwards. He then made them all go under the water and when he yelled action they all turned around to see the ship for the first time. It is funny to watch the movie now and see all of their real reactions to the ship. I would have had the same reactions. It is a pretty awesome pirate ship. 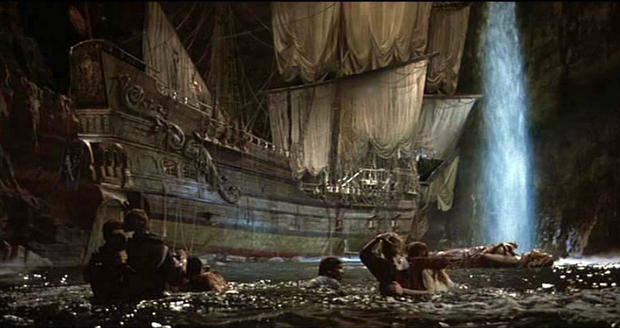 Check out Mental Floss for some more cool movie facts about The Goonies.

I can remember seeing this in the movie theater at least 3 times. I loved this movie! It is the perfect movie for kids or adults who love a light hearted adventure. Who doesn’t want to find a pirate map when they are cleaning out the attic and go on a search for buried treasure?

There are tons of pirate themed crafts on Pinterest and all over the internet. For a couple of bucks you can cross stitch your own Goonies sampler from PyroDogPins. For free you can whip up your own One-Eyed Willy eye patch thanks to Grace’s Favours. Or satisfy your sweet tooth with this edible chocolate bling from P.S. I Made This. You can be just like Mouth, except you don’t have to worry about eating this bling!