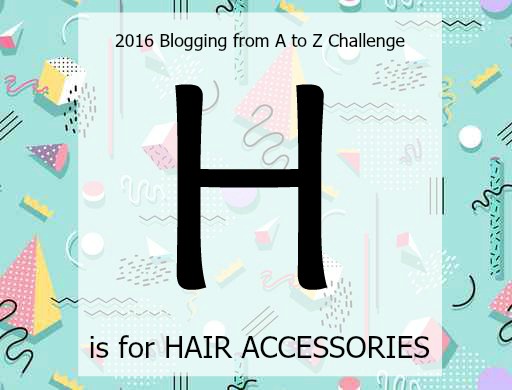 We all know about the big hair of the ’80s, but in our big hair we girls wore some pretty crazy and also pretty awesome hair accessories. 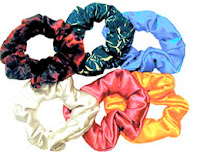 I have since had my hair cut into more of a bob, so I am not in need of scrunchies, for now. But, I do still have some of mine from the ’80s and early ’90s. Scrunchies were great. They were elastic bands wrapped with fabric that was scrunched around the band. Hence the name, scrunchie. 🙂 They weren’t as tight as an elastic band could be, which is why I liked them. They didn’t give me a headache like some of the other hair accessories did. I’m really not sure why these went out of style. They were great.

I used to wear these crazy things and I don’t know how or why I did. They hurt! Their purpose was to give you a ponytail look without the scrunchie or hair band. But the thing about the banana clip is it was plastic and would dig into the back of your neck because it was so long, like a banana. The only thing that saved me was that I had a lot of permed hair that cushioned it, a little. If not, I would probably still have a permanent groove in my neck.

Thank you, Madonna! My favorite hair accessory of the ’80s was the hair bow. Mine was pink and purple and lace and it was totally rad! The whole hair bow craze happened around 1984 when Madonna hit the scene. She wore a hair bow in all of her videos on MTV. Hair bows came in all colors and styles. Some were made out of fabric, gauze, or satin, but most were made out of lace. It was basically just a long piece of material that you wrapped around your head and tied in a bow. Super simple, but totally stylish. 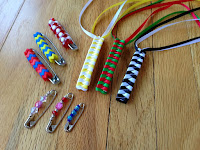 When you think of the ’80s I’m sure you think of the ribbon barrette. This was probably the most quintessential ’80s fashion accessory. We all had them, especially to wear in our school pictures. My favorite was a pair of pink and lavender satin ribbon barrettes with purple beads on the ends. Man, I wore the heck out of those barrettes. I‘m going to make myself a new set for the Crafting Through the ’80s craft-a-long. I probably won’t wear them as much as I did back in the ’80s, but it will be fun to have a new set to help keep the hair out of my face.

Did you rock any of these hair accessories?

There are quite a few craft tutorials out there for some of these ’80s hair accessories. None for the banana clip, thank goodness. 🙂 If you want to sew yourself some scrunchies Sew Your Hart Out has a great scrunchie tutorial. P.S. I Made This has an awesome lace hair bow tutorial. And thanks to Living from this Day Forward you can make yourself a new set of ribbon barrettes.

There won’t be an A-Z Challenge post tomorrow, but there will be some info about my new blogging series that starts next month. Be sure to swing by.