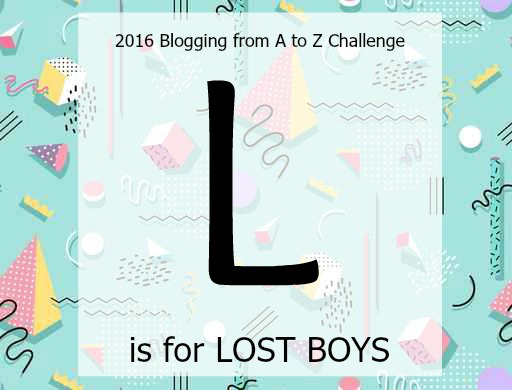 Sleep all day. Party all night.
Never grow old. Never die.
It seems like there have always been vampire movies. From the original Nosferatu, to Interview with a Vampire, to the campy, but fun Once Bitten, even the latest Twilight series, vampire movies have been entertaining fans for years. But no vampire movie is as awesome as The Lost Boys.

The Lost Boys tells the story of Michael (super hottie, Jason Patric) and Sam (Corey Haim) Emerson who, along with their mother (Dianne Wiest), move to Santa Carla, California after their parents divorce. Not long after arriving to the small town they realize it is full of vampires.

Sam befriends the Frog brothers (Corey Feldman & Jamison Newlander) who run a comic book store by day and hunt vampires by night. Sam’s older brother, Michael falls for a local girl, Star (Jami Gerzt) and to win her affection joins a gang of bikers, (including Kiefer Sutherland), who spoiler alert turn out to be vampires.

This movie has a bit of everything: horror, humor, suspense, and even a bit of romance. I think that is why it has remained a fan favorite for almost 30 years. It also doesn’t hurt that it has an amazing cast! One of my favorite actors in the movie is the late, great Edward Herrmann. He is great! And of course Jason Patric who I had still have a crush on. He is such a hottie!

And the soundtrack is amazing! This is one of those ’80s soundtracks that is a must have for any ’80s fan. It has songs from INXS, Lou Gramm of Foreigner, Roger Daltry, and Echo and the Bunnymen. But the best song on the soundtrack is the title to The Lost Boys, “Cry Little Sister”. It is such an awesome song! 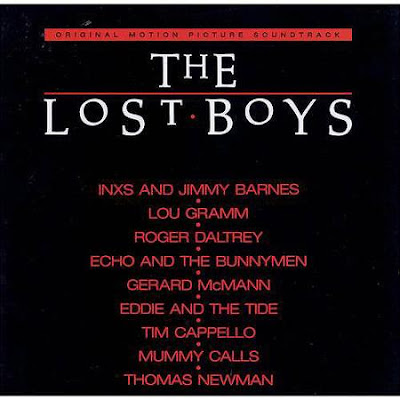 If you haven’t seen this movie and you are not a fan of horror, you might want to tread lightly. It can be a little scary if you don’t like those kinds of movies. I remember my sister and I making my grandmother sit through the movie. She was horrified and talked about it for years after. But, if you can take a little bit of gore and being scared a bit it is a really great ’80s movie.

There are a lot of vampire patterns on Etsy, Pinterest, and Ravelry. Kincavelkrosses has an awesome Vampire cross-stitch pattern.  Loopsan has a really cute and free Mr. and Mrs. Blood Drop pattern. And my favorite pattern of all time from PyroDogPins is the They’re Only Noodles cross stitch pattern. I’m going to have to cross stitch myself that sampler.