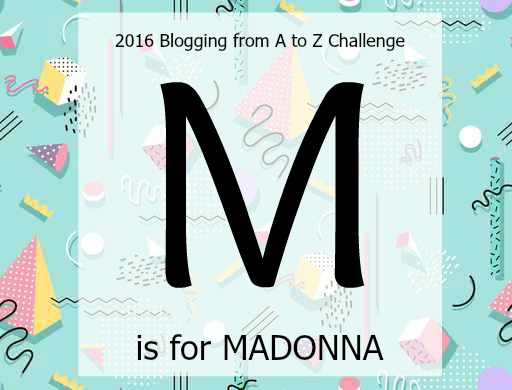 If Michael Jackson was the King of Pop, Madonna Louise Veronica Ciccone was the Queen.

Madonna broke onto the scene in 1982 with the club hits “Everybody” and “Burning Up”. But it wasn’t until her debut album, Madonna, that she started to become a rising ’80s star. Madonna produced two of the early ’80s biggest hits, with “Borderline” and “Lucky Star”, which both ended up on the Billboard Hot 100 charts and became huge video hits on MTV.


Around this time Madonna’s fashion started to have and impact on fans everywhere. Almost over night girls were wearing her signature big hair bows, mesh tops, rubber bracelets, and lace fingerless gloves, myself included.
When Madonna released her second album, Like A Virgin, in 1984, she became a global superstar.  Like A Virgin reached number 1 on the Billboard 200 and generated the hits “Angel”, “Dress You Up”, “Material Girl”, and the title track, “Like A Virgin”, which stayed on the Billboard Hot 100 charts for six consecutive weeks.
Madonna had a brief appearance in the movie, Vision Quest, and released two singles for the movie, the number one hit, “Crazy for You” and “Gambler”. A few months later she starred in Desperately Seeking Susan, which produced another number one hit, “Into the Groove”.
Whether you love or hate Madonna, you can’t deny she was the Queen of the ’80s. She was everywhere. And I loved every minute of it!

Madonna had so many signature looks in the ’80s. You can still dress like her today thanks to some pretty cool craft and DIY projects. For her signature bow, check out P.S. I Made This. To make some lace fingerless gloves, Hubpages has a simple tutorial. Want to rock a mesh top? Crochet one with Pops de Milk‘s free pattern.